Behind the Scenes: Larchmont House Tour 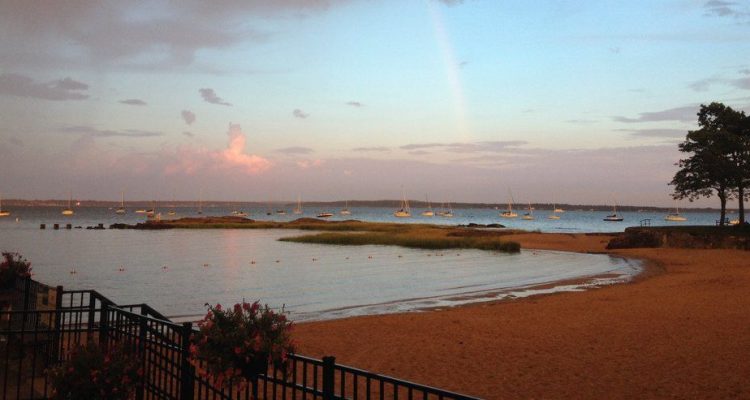 Recently I gained entry to five extraordinary residences in Larchmont’s Manor Park. I was one of several hundred curious people traipsing through private homes thanks to the generosity of the homeowners as well as the organizational efforts of the Larchmont Historical Society.

Most of us were interested in learning more about the history and architecture of the homes as well as, frankly, what these grand homes looked like on the inside, including quality of the renovations and, of course, the decorating. Each house was unique and most exceeded my expectations, so much so that I have marked my calendar to attend next year’s event, which will feature five entirely different homes.

Many of the showcased homes this year were on Magnolia Avenue and mint juleps were the signature cocktail at the reception at the Larchmont Yacht Club, so this year’s event was called Magnolias and Mint Juleps. The post-tour party at the yacht club, which is a magnificent property itself and is generally not accessible to nonmembers, was a perfect end to the day.

A well-researched program, assembled by The Larchmont Historical Society, provided historical and architectural details on each of the homes as well as the yacht club. If I could go back in time, I would definitely put my money into a plot of land in Manor Park, which in 1880 could be purchased for $2200.

Homes in Manor Park were originally marketed to “New York City businessmen of moderate incomes…who want a country home by the salt shore”. If you have ever visited Larchmont Manor Park I don’t need to tell you that the vast majority of current homeowners are not “of moderate income”. One of the homes we visited, which abuts Manor Park with impressive views of the Sound, was for sale for almost $3 million, with annual taxes approaching $60,000.

Certainly not anything I could afford, but for $65 I was able to fantasize that I was an inhabitant of one of the majestic homes for three hours and that was pretty awesome. Thank you Larchmont Historical Society and gracious homeowners. I look forward to next year.