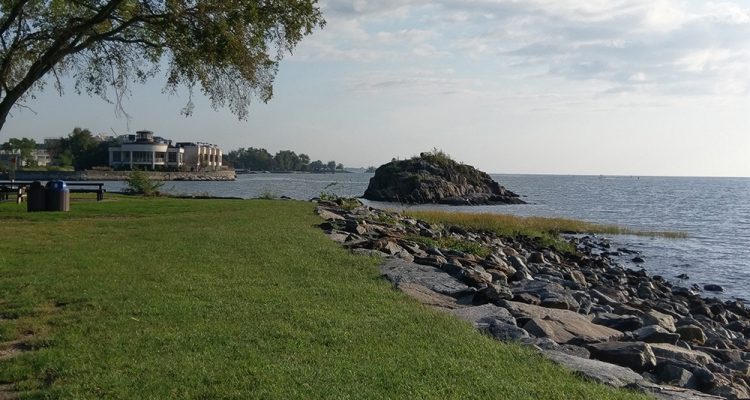 Did you know the first theme park in the United States was in New Rochelle?

Dubbed “America’s pleasure grounds”, Starins Glen Island, now known simply as Glen Island Park, was similar to Epcot theme park in showcasing international cultures, in this case on lushly planted causeway-linked islands. It also featured a museum of natural history. Very little of the resort remains on the island, but what is there is definitely worth checking out.

One of the park’s most popular attractions was a German castle, with a beer garden and presumably waiters in lederhosen nestled inside. Remnants of the castle remind visitors of the bygone era and are great for medieval-themed selfies.

Glen Island Casino, a speakeasy during Prohibition, and where the Glen Miller band got its big break in 1939, is also on the property and now serves as a banquet facility.  Connected to New Rochelle by a drawbridge built in the 1920s, this 105-acre park is Westchester County’s 2nd most used park after Playland. In addition to a beach, boat launch, and walking path, the unique park features a small playground, plaques describing its history, cannons, and bronze animal sculptures.

Dogs, picnics, and fishing are allowed so the park is usually bustling with activity.

For most of the year, Westchester residency is required to enter the park and a nominal parking fee is collected. From mid-October to May you can usually enter the park for free.

I have lived in New Rochelle and worked there for over a decade.  Glen Island Park was always a favorite regular spot. It is a great place to walk, relax, swim, boat, picnic, or just enjoy amazing sunsets. If you have never been…what are you waiting for?