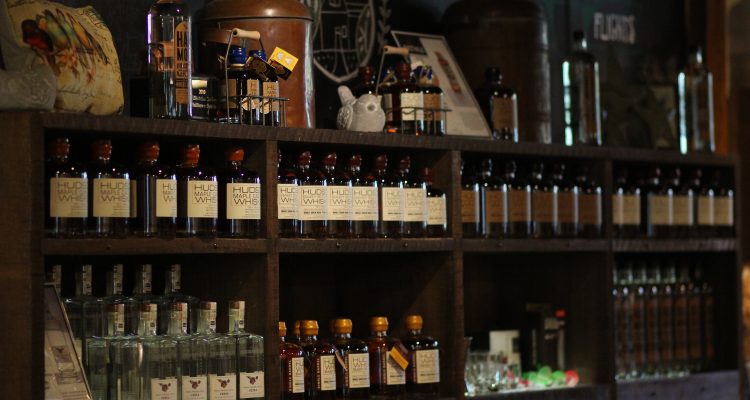 My assistant and I stopped into Tuthilltown Spirits one random morning on a whim. We were early for another interview and I saw the sign in passing. We actually turned around so we could come back and check the place out. Being early, we walked into the shop to look around. It had a chic, rustic, look about it, and we admired the store with all the bottles of spirits on the shelves. I gave the girl at the counter my card and we left. Little did I know what a treat we were in for when Fadi Rabie, marketing associate and site ambassador, emailed a few days later to offer us a VIP tour of the distillery.

When we arrived at Tuthilltown Spirits on the day of our tour, we could see they had been busy. There was a shiny new bar in their store, freshly built for tastings, that was not there on our previous visit. Fadi greeted us and promptly offered us a drink. “Ahh, no thanks, it’s only 11 am”, was our duel response. No worries…we went outside to set up and get comfortable for the interview.

Having lived in the Hudson Valley area for over 20 years now, I am aware of how many new craft breweries have been popping up all over the place, recently. What I did NOT know, was how important Tuthilltown Spirits and its original founders have been in making that possible. 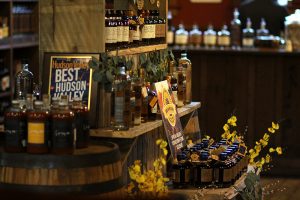 We started the interview, and Fadi was a wealth of information on the history of the business. He told us that when Ralph Erenzo originally purchased the property in 2001, he intended to build a home away from home for rock climbers. When the local community bulked at that idea however, Ralph had to think outside of the box to find another use for the 36-acre property. Being that the property was already zoned for agriculture, he decided to open a farm distillery. In 2003, Ralph Erenzo and partner Brian Lee created Tuthilltown Spirits LLC. By 2005 they had produced their first product and in 2006 became the first whiskey distillery in NY since prohibition with their signature Hudson Whiskey Baby Bourbon.

Not only were they pioneers in bringing back the distilling of whiskey to New York, but owner Ralph Erenzo was instrumental in helping to develop and get passed the 2007 Farm Distillery Act which allowed farm-based distilleries to offer tours and tastings as well as sell their products to the public. This along with future legislation like the Craft NY Act was the beginning of the craft brewery boom we are seeing today.

The passage of these laws has inspired many new craft businesses over the last decade, but laws requiring that 75 percent of materials used must be from NY farms have significantly boosted the local farming community as well. The farmers now have more options of where to sell their crops while the boom in distilleries provides a solid support system for purchasing locally. Their craft products and venues, in turn, have ramped up tourism with more and more people traveling to the Hudson Valley area to enjoy the experiences. It has in effect become a win-win situation for the entire community, and Tuthilltown Spirits and owner Ralph Erenzo was at the forefront of making it all happen. 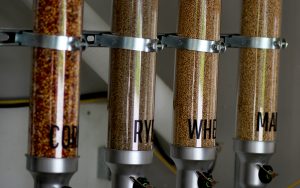 When you go for a tour at Tuthilltown Spirits, you really get to see the entire process of what they do. They start with the cooking of the grain. You can see the different grains they use, learn how they are sourced, what grains make up the different spirits, and see the cooking in progress. Next, you move on to the distillation and get to see their stills and learn about that process. Finally, you see the packaging into the barrels and learn how they label them for aging.

One of the more interesting aspects of the tour, aside from the education in distilling you get, is the smell believe it or not. I found it so interesting to move from process to process and be able to literally smell the alcohol coming together.

By the time we made it to the rickhouse or building they age the whiskey in, the smell was AMAZING. Fadi opened a barrel right there and using a whiskey thief, pulled some whiskey directly from the barrel to give us a taste. Wow. I am the first to admit that I am not really a big whiskey fan, but that taste of their Baby Bourbon directly from the barrel was so good, I had to buy some to take home for myself. 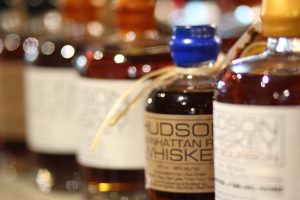 After the rickhouse, we walked back to the tasting room to meet David Powell, Brand Ambassador for William Grant & Sons Inc. He took us on one last leg of the tour and along the way gave us some more history around William Grant & Son’s involvement and subsequent purchase of Tuthilltown Spirits in 2017. With the involvement of William Grant & Sons starting in 2010, Tuthilltown really flourished expanding to its current distribution in all 50 states and 20 countries. They helped to improve all aspects of the operation with their 150 years of experience in the business. Finally, in 2017, they fully purchased Tuthilltown Spirits bringing them into the fold of their prestigious brands while Ralph Erenzo stayed on as a brand ambassador. 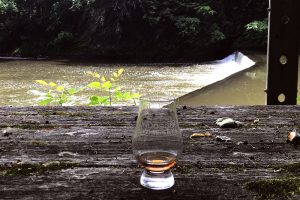 To finish the tour, David took us down an almost hidden road leading back into the depths of the farm to one of the oldest and most picturesque parts. We saw the man-made waterfalls and diversion channel for the original Tuthilltown Gristmill created over 200 years ago. Along the way, we also stopped off to see a large meadow with unbelievable views of the Shawangunk Ridge Mountain range. I was struck by the amazing amount of history that had taken place on this single property, both old and new.

While I have been on distillery tours before, none have been so in-depth and so fascinatingly educational. What started out as a stop on a whim, turned into a journey through a history full of interesting facets of entrepreneurial grit, political maneuverings, and local business success that has had a direct impact on our region. It is a journey well worth taking for yourself.

A normal tour of the distillery will focus on the heritage and historical significance of the land while building an immersive experience into the Hudson Whiskey brand. Tour-goers will learn about every aspect of production and maturation including mashing, fermentation, distillation, and blending. Tours last 45 minutes to accommodate the hourly tour schedule.

Costs for Tours and Tastings

Visit the Website to learn more or schedule your tour today. 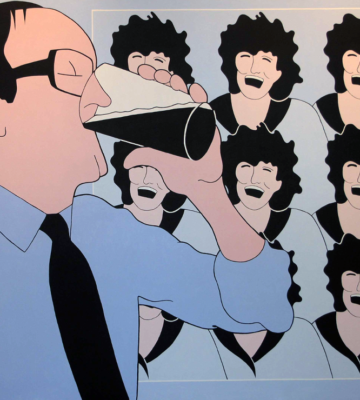 How We Live: PART II