About a mother’s contacts from beyond the grave. By Jane Sayre-Denny. 192 pages. Signed by the author if you buy through ihearthudsonvalley.com. Author copies can take up to 14 days.

There is no force on earth, or in heaven, greater than a mother’s love. My mother proves that every day, ignoring the fact that she has been dead since 2009. In addition to the countless proofs she has provided of her continued existence (apparitions, visions, noises, object manifestations, totem animal appearances and more), she has sent money, averted tragedies, settled disputes, found long lost friends, revealed vital information, and rescued me from a nightmare that should have taken my life at least five times. I know these things are her doing because she signs her work with the number 206. I can be certain when I see that number (in any format: 2/6, 206, $2.06, 2:06), or a black squirrel, that she is near. Starting on the very night of her death, and constantly to this day, this number has appeared so prolifically, and in such outlandish places and ways as to be statistically impossible by coincidence. 2/6 was my mother’s birthday.

New Windsor-based artist, illustrator, graphic designer. I do occasional pop-up shops in my sunroom featuring original paintings, hand-made jewelry, decoupaged items, dressed candles, hand-carved runestones, and copies of my books. Shop can be opened by appointment. I am also available for graphic design.

Be the first to review “2:06, The Story of My Mother’s Afterlife, book” Cancel reply

Shipping costs are based on weight of item and your location. Will be calculated at time of purchase.

Once your return is received and inspected, we will send you an email to notify you that we have received your returned item. We will also notify you of the approval or rejection of your refund and reason if needed. If you are approved, then your refund will be processed, and a credit will automatically be applied to your credit card or original method of payment, within a certain amount of days. Late or missing refunds (if applicable) If you haven’t received your refund after a few days, first double-check your bank account again. Then, contact your credit card company, it may take some time before your refund is officially posted. Next contact your bank. There is often some processing time before a refund is posted. If you’ve done all of this and you still have not received your refund yet, please contact us at support@ihearthudsonvalley.com Sale items (if applicable) Only regular priced items may be refunded, unfortunately, sale items cannot be refunded.

Returns You may return your purchased item within the first 30 days for any reason.  After 30 days, any returns or exchanges given are at the discretion of the vendor. To be eligible for a return, your item must be unused and in the same condition that you received it. It must also be in the original packaging. Several types of goods are exempt from being returned. Perishable goods such as food, flowers, newspapers or magazines cannot be returned. We also do not accept products that are intimate or sanitary goods, hazardous materials, or flammable liquids or gases. Additional non-returnable items: - Gift cards - Custom made products - Downloadable products - Some health and personal care items To complete your return, we require a receipt or proof of purchase. Please do not send your purchase back to the manufacturer. Return Policy There are certain situations where only partial refunds are granted (if applicable) at the discretion of the vendor. - Any item not in its original condition, or is damaged or missing parts for reasons not due to our error - Any item that is returned more than 30 days after delivery Exchanges (if applicable) We only replace items if they are defective or damaged. If you need to exchange it for the same item, send us an email at support@ihearthudsonvalley.com. Shipping If you do return your product, be aware that all shipping costs are non-refundable. If you receive a refund, the cost of return shipping will be deducted from your refund. Additionally, you will be responsible for paying for your own shipping costs when returning your item. Depending on where you live, the time it may take for your exchanged product to reach you may vary. If you are shipping an item over $75, you should use a trackable shipping service or purchasing shipping insurance. If we do not receive your item back, there is no replacement guarantee and you will lose your money. 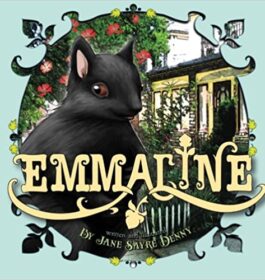 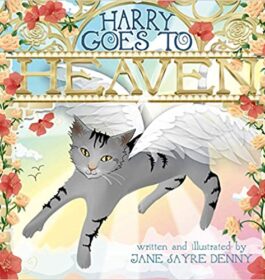